Rheumatoid arthritis (RA) symptoms range from obvious physical symptoms of joint damage and joint deterioration to less obvious signs and symptoms that mimic other illnesses. This is what makes rheumatoid arthritis so difficult for healthcare providers when it comes to diagnosing and prescribing treatment, especially in its early stages.

Symptoms experienced by rheumatoid arthritis patients are a direct result of the inflammation of joint tissue and/or accumulation of synovial fluid caused by this autoimmune disorder. 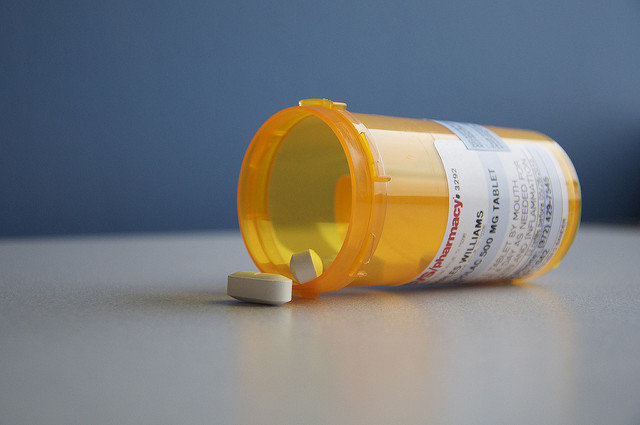 An autoimmune disorder is a disease in which the body’s immune system attacks healthy tissue, mistaking it for foreign or damaged tissue. Though there are many types of autoimmune diseases, such as multiple sclerosis (MS) and systemic lupus erythematosus, rheumatoid arthritis is one that afflicts roughly 1.5 million Americans.

Symptoms of RA can range from mild to debilitating, and every level in between. However, there are some common overall symptoms to be aware of should you suspect that you or someone you know is suffering from rheumatoid arthritis.

Below are the most commonly reported rheumatoid arthritis symptoms:

Typically, joint pain is felt during times when the disease is active and the inflammation is irritating the joint, ultimately causing the pain (as opposed to diseases like osteoarthritis in which the pain comes from wear and tear on the joints). Conversely, pain can also be felt when the disease isn’t active because of past damage that has been done to the joints in the body. This is similar to pain from old sports injuries in the elbows, knees, and other joints. In addition to outright pain, RA patients may also notice that their joints feel tender to the touch. This occurs when the inflammation in the joint tissue has affected the nerves within the joint capsule. In this case, any pressure placed on the joints—even slight compression during sleep—can elicit immediate pain.

Pain and tenderness may be felt if arthritic disease has settled into the bones in the cervical spine — the vertebrae in the neck area of the spinal cord, or more specifically in the atlanto-axial joint (the joint between the first two cervical vertebrae).

It is the pain associated with RA that sends many patients in search of effective treatment options. Fortunately, there are quite a few—many of which include nonsteroidal anti-inflammatory drugs (NSAIDs) or disease-modifying antirheumatic drugs (DMARDs)— providing RA patients some much-needed pain relief.

Joint swelling is another common RA symptom expressed by patients with this disease and it is caused by inflammation in the joint capsule. The amount of swelling experienced by RA patients can range from limited to very profound.

Joint swelling due to inflammation can reduce mobility and range of motion for people with rheumatoid arthritis. If the inflammation affects joints in the hands and fingers, it can make it difficult to perform daily tasks such as putting on clothes or removing rings from fingers. Anti-inflammatory drugs can sometimes help reduce the swelling that results from RA.

When joints are swollen due to RA, it can sometimes produce an isolated area of redness on the skin. This is because the skin’s capillaries widen due to the inflammation within the joint capsule, making them more visible.

Additionally, when joints have become inflamed as a result of this disease, it is possible to feel warmth on the joint even if no redness is occurring. That’s why it’s important to pay attention to how your body feels as some RA’s symptoms aren’t noticeable to the eye.

Stiffness in the joints occurs when this disease is in an active state of inflammation, or when your immune system is actively attacking healthy tissue. Oftentimes, the greatest amount of stiffness occurs in the mornings, but it can continue throughout the day as well.

Dealing with this type of stiffness, as well as overall joint swelling, can result in the loss of range of motion if rheumatoid arthritis treatment is not sought early or if the disease is too advanced. In more advanced RA, the range of motion can be permanently lost in certain joints.

Working with a qualified physical therapist may help preserve or extend the range of motion for RA patients. Other treatment methods, such as taking nonsteroidal anti-inflammatory drugs, can help as well.

In addition to experiencing pain and early morning stiffness, there are other signs which may indicate damage to the joint. When severe damage has occurred to the joint capsule’s cartilage and bones, the patient’s entire joint can become deformed. This is usually the result of chronic rheumatoid arthritis that has gone undetected and without treatment.

The above symptoms are linked to direct damage to the joints in people with rheumatoid arthritis. However, each symptom can manifest in different ways, throughout different parts of the body, and during different periods of time with this particular immune system-related disease.

There are also some more general symptoms and early warning signs which can often be mistaken for other conditions. These and more are discussed in detail below.

What Areas of the Body are Affected?

Symptoms of joint inflammation caused by rheumatoid arthritis can occur throughout several areas of the body. The nature of autoimmune disease in RA leads to inflammation in multiple joints gradually wearing the bone and cartilage away.

The main areas affected by joint inflammation are:

RA symptoms can occur in either one or multiple locations. When symptoms occur in more than four different joints in the body, the condition is referred to as polyarthritis.

Rheumatoid arthritis is often described as a cause of symmetrical symptoms. This means that pain is felt in joints on the left side of the body, as well as the right.  Patients often describe symptoms on both sides of the body to their doctor.

Although the symptoms due to RA are often experienced on both sides of the body, they may progress at different rates on each side. This means that the severity of pain isn’t always symmetrical.

It is a common characteristic of RA that patients report experiencing a different level of pain and discomfort on either side of their body at different times during the day.

In the early stages of rheumatoid arthritis, it is common to feel characteristic symptoms of pain and stiffness. The specific symptoms, their severity, and timing differ in each patient and may be related to how aggressively the immune system is attacking the body’s healthy tissues.

Some of the most common RA signs and symptoms include:

In conjunction with the early symptoms, there are some serious warning signs that may indicate you are developing rheumatoid arthritis and need to seek treatment. Some of these warning signs include:

In cases of juvenile rheumatoid arthritis, early warning signs may include swollen lymph nodes or the unexplained appearance of a rash or fever.

Beyond the typical early signs and symptoms that your immune system may be attacking your own body, other more advanced symptoms of rheumatoid arthritis could include chronic fatigue, loss of appetite, and low-grade fever.

If diagnosed with advanced rheumatoid arthritis or RA that has not received any type of treatment, some patients will develop rheumatoid nodules. These are noticeable firm lumps developing under the skin near the affected joints.

Often times these nodules will appear on the hands and the back of the elbows. However, some RA sufferers even develop nodules in their eyes.

If the ankles and knees are affected, RA patients may develop a limp to help them reduce the pain derived from bearing the weight of their body on their sore joints.

Because RA inflammation causes the body to release enzymes that damage cartilage and bone, the sooner it is diagnosed and treatment is sought, the less damage it can do over time.

Increased sensitivity due to inflammation is called a flare-up and rheumatoid arthritis’ more severe symptoms are most often felt during this time. Flare-ups can also have different characteristics of pain and discomfort for different people, depending on how aggressively the immune system is working to attack healthy body cells.

Often times, rheumatoid arthritis patients don’t know exactly what causes their flare-ups, although physical activity is a common trigger for the pain and joint stiffness. Additionally, flare-ups can last varying amounts of time for each person. But, sometimes, they are followed by the remission of symptoms.

When inflammation subsides, with or without treatment, this is known as a state of remission. Though the inflammation is limited, pain and stiffness can still often be felt due to the level of damage that’s already been done to the joint.

The frequency of flare-ups may be related to the severity of the autoimmune disease, the amount of joint damage it has already caused, and whether treatment has been initiated.

Rheumatoid arthritis can cause less obvious or indefinite symptoms alongside the common physical joint symptoms. Often times, rheumatoid arthritis sufferers seeking treatment will report symptoms that could be mistaken for other illnesses or conditions, such as when they experience flu-like symptoms such as low-grade fever or muscle aches.

Here are some of the other, mistakable symptoms of rheumatoid arthritis:

Of course, on their own, these symptoms could all be the result of any number of different illnesses, some of which are still in the arthritis family, like Sjogren’s syndrome (eye dryness, sensitivity and pain) osteoarthritis, psoriatic arthritis, cricoarytenoid arthritis (arthritis in the cricoarytenoid joint, or larynx) and other types of arthritis.

This is why it is so important to be aware of the most common symptoms of rheumatoid arthritis so that you will be well informed while discussing them with your doctor. This will go a long way to ensure that you receive a proper diagnosis as early as possible.

Join Me On My Journey To Overcome RA